They sit somewhat quietly, always at least two meters apart, in an expansive space inside Salomon’s Annecy Design Center (ADC) in the French Alps. There are 10 of them here, all are specialists in textile production with decades of combined experience. They are the people who staff Salomon’s Soft Goods Prototype Center, and normally these uniquely talented creators are building prototypes for Salomon’s future apparel and gear product range—footwear, jackets, ski boot liners, backpacks and more. Today, however, they are making protective face masks that will be used to protect the rest of us from the spread of COVID-19 in the weeks ahead. Their goal is to deliver 90,000 masks from April until June. 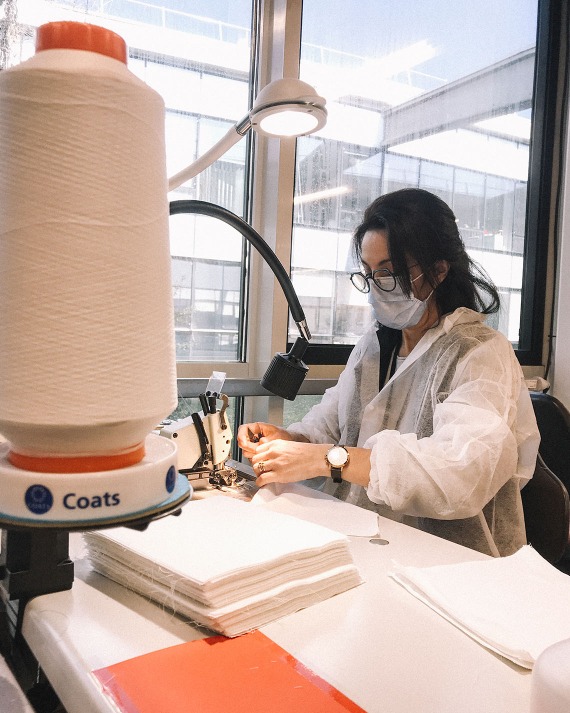 It’s a slightly different project than collaborating with a trail runner like Kilian Jornet, Francois D’haene or Courtney Dauwalter on a new pack or hydration solution or building a more comfortable liner for a Nordic ski boot. Indeed, the variety of outdoor products the group normally works on is mind-boggling. Now, they are focused on one product only.

Faced with the shortage of protective masks in the country, the French government launched a national appeal to the French textile industry. With the industrial tools in place to help, a French company called Chamatex proposed a solution—washable and reusable textile multilayer masks. The masks are certified by the DGA (Direction Général de l’Armement) and will be intended primarily for administrations and industrialists in all sectors of the business community in the near future. 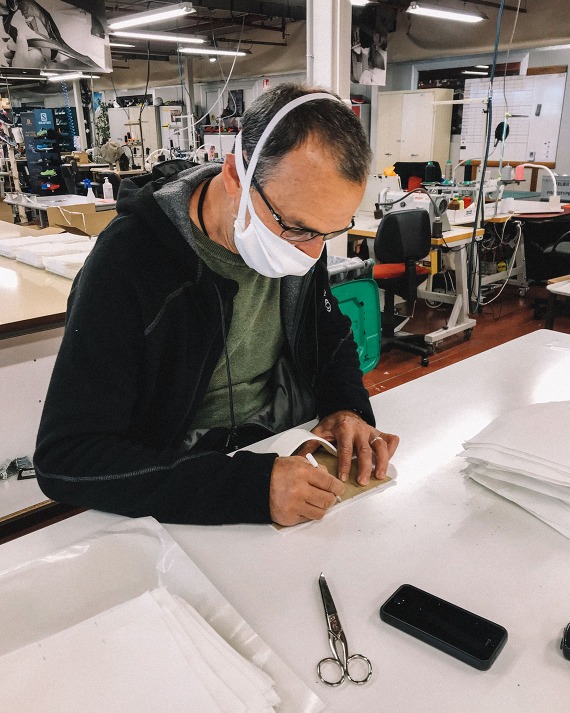 As requests for the masks increased in recent days, Salomon got a call from Gilles Reguillon, CEO of Chamatex, because of the relationship between the companies and because Salomon has the ability to produce prototypes of all kinds. Within five days of the initial request, the team at Salomon was at their work stations at the ADC making masks.

Chamatex is a French company that has been an industrial partner of Salomon’s for more than five years. We have been using their ‘MATRYX’ technology on a number of our premium footwear models. They share the same passion for innovation that we do and they have unique talents for making innovative textiles.

Despite being eager to help, the Salomon prototype center team was forced to stay at home like everyone else in France in recent weeks in order to comply with safety restrictions set in place by the government. Last week, however, Salomon got the call from Chamatex that their skills were in need.

We like to say that, in a normal day, we might make a prototype shoe that helps Kilian Jornet go to the top of Everest in the morning and a sports bra for our running range in the afternoon. So this is a different project for us, but the team has been eager to help since the crisis started. When we got the call last week, everyone was ready to go. We’ll get back to making outdoor sports gear soon enough, but right now we are very happy to use the skills of the team to help in these times. 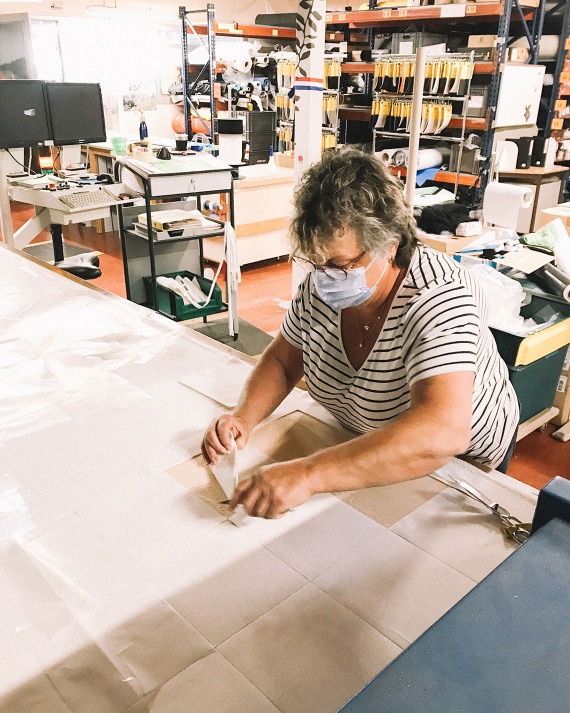